Success no Guarantee for Happiness 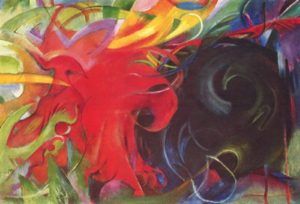 Twenty five years ago today, November 3rd 2017, a successful scientist and profoundly gifted academic ended his life. Herman Jozef Woltring was my father and it is from the contrast between his life and that of my sister, composer and performing artist Lavalu, that I serve my highly gifted clients as a coach on life and leadership.

Highly Regarded Idealist, Ahead of His Time

Dr. ir. Herman J. Woltring was, and still is, held in high regard all over the world in his field of biomechanics. He is respected as a thought leader for his vision far ahead of his contemporaries, and for his research results. The Herman J. Woltring Memorial Lecture is a recurring event at a leading biomechanics conference and my family still receives requests for permission to reissue his publications. He set up new departments at several international universities and was the editor of scientific journals. Above all, he was an idealist; more often than not he chose to support (unsalaried) scientific projects and to mentor PhD students with their dissertations, generally being much more critical than their official promotors.

He was celebrated by a small select group of colleagues in his field, those few who were somewhat able to assess how ahead of his contemporaries his visions were; those who could appreciate him for who he was and the ambitions he strived to make happen. But the vast majority in his environment could not. For them, he was too much of a hassle, too intimidating, too threatening, unmanageable or just too much of a lone wolf. After one labour conflict too many, the international academic world proved too small for him to work there anymore. The distance between his perceptions, his visions and those around him was too big. He became an outcast.

This is so exemplary for the many extremely gifted people in science, business and elsewhere: on the one hand wanting to just be who you are and to serve the world with your talents at your aspiration levels; on the other hand the distance between you and the perceptions of your surroundings proving again and again to be too big to cross. Your extremely different way of being in thinking and feeling, creates an invisible but more and more constraining and acutely sensed gap. The internal drive continuously demands going forward with action, but frustrates into constant conflicts with environments that just cannot or will not follow you. Eventually, all that remains is loneliness.

I can understand my father. He did all he could. It is what it is. I would have wished him to have experienced more happiness, fulfilment and connection with others and with himself – the chance to have grown up amongst true peers, who are hardly to be found in the rareness of extreme giftedness. So that he would have felt skilled and confident in bridging the always present gap when being in contact with others. So that he would have felt connected, acknowledged and valued, instead of having his honest intentions misinterpreted and reacted to inaccurately, with unjust accusations and constant conflicts driving him into a corner. So that his intent, stemming from his integrity, would not have been unjustly misunderstood and he would not have felt excluded.

I am grateful for what I can offer my clients in moving further along and away from exactly this experience. I work with highly gifted people in senior leadership positions: senior executives, strategy consultants, scientists, medical specialists and engineers. Strong, rational, abstract thinkers, mostly with an academic background, who missed the chance of  developing a normal social emotional life due to a lack of true peers. They are generally men over 45, who because of their senior leadership position in business or elsewhere, are role models to many within their organisations or fields. Many have, for decades, operated in environments that, until recently, asked them to leave their social emotional “human” side at the door when coming to work. But there are clear signs of a societal shift that asks leaders more and more to be aware of their own emotional inner life and the impact they have on others socially. A beautiful invitation to become whole again, given the fact that the gifted already inherently carry such an abundance of sensitivity and creativity inside them.

This transition is an opportunity to experience a balance between your own creative drive and ambition level on the one hand, and remain connected to yourself and the world around you on the other hand, thus enjoying vitality, and feeling energetic, connected and fulfilled. You amplify the chance that people in your environment become enthusiastic through your vision. You engage them and bring them along. That is how you create the space for your uniqueness, your creative drive and your ambition to serve the world. And then you notice that your environment loves to join you in your effort.

The artist Lavalu, my sister, is a wonderful example of an extremely gifted leader who is very capable of doing just that. My next blog will be about her.